…again. Winter seems to have gone on forever, but at long last Spring really is in the air. I’ve been a bit quiet because there’s been a lot going on at home; my lovely mother has taken it into her head to move, aged 92. This is All Good, because although her “retirement” flat is lovely, and the on-site carers are absolute stars, she’s been so very lonely there since my stepfather passed away. Her new home is under 100 yards from the home of one of my brothers, and much closer to the other two as well, although further away from us. There are several other family members and friends also close by, so she will have people of all generations popping in all the time, which will be so very good for her. We’ll have to travel a little further, but we’ll get to see more family members when we go, so overall I’m well-pleased.

And – Him Indoors is running the London Marathon next month. This has obviously involved a lot of training, and a fair bit of fund-raising too, but more to the point, it’s been a huge learning curve for him in the field of social media. So I’ve spent a fair bit of any time that might otherwise have been “spare” mentoring him on his cyber-journey. He’d resisted all involvement up to now, but his “team” communicate & encourage each other via a Facebook group, so his time as a avowed technophobe has had to come to an end. I’m very proud of him; for tackling such an enormous thing in the first place, but also of the leaps forward he’s taken into cyberspace. (See Pete’s Marathon ReRun if you’re interested!)

I’ve also been clearing stuff out of my “work” shed, the garage and spare bedroom/sewing studio. Some has been sold, some given away and a few items, I’m afraid to say, actually did have to be dumped, as mice had got into the boxes. That does make me feel a little guilty; there’s not much point “rescuing” stuff if I only end up ruining it instead. It’s a little worrying to realise that though I’ve been working on it for weeks, I’ve probably only cleared about a quarter of what needs to be re-homed. And needless to say, I’ve somehow managed to acquire a fairly large rug/tapestry loom to replace the one that was too big to keep.

A decision has been reached to re-brand the remaining traders from the old Boscombe Vintage Market as the Velvet Magpies Vintage Market, as we don’t trade in Boscombe any longer. We haven’t done anything as a market over the past year, but we’ve all missed working together, so the time has come to start planning & moving forward again!

Anyway, the clocks moving forwards have brought one huge benefit; we can go for a stroll along the riverbank after tea! My seedlings are coming up, my allotment beds are being cleared; life is returning, and with it my writing mojo… 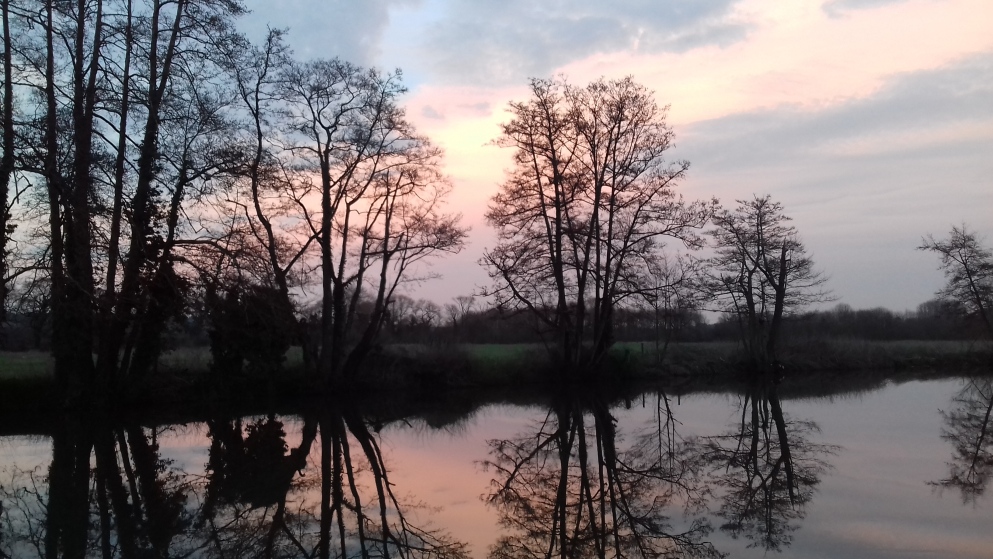